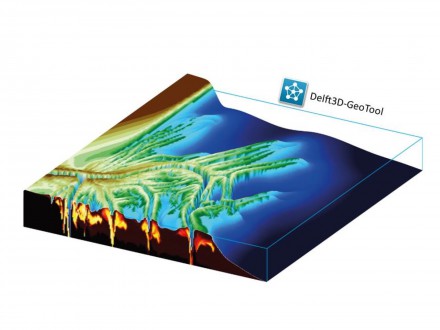 There is a clear demand from the oil and gas industry to include process based forward models such as Delft3D in their workflow for geological applications. However, the Delft3D model engine and interfacing is designed for experienced hydrodynamic and morphological modellers and is therefore in its present form not optimised for the workflow of geologists in the oil and gas industry. Therefore, Statoil, Deltares and the TU Delft jointly started the development of Delft3D Geological Tool (Delft3D-GT), a comprehensive web-based software application that facilitates the set-up of geometrically simple Delft3D models and only provides input parameters relevant for geological use. It combines the advanced morphodynamic and hydrodynamic modules of Delft3D with a unique open-source database, DATALAB, a user-friendly web-interface GUI, online data management and analysis tools. Delft3D-GT offers geologist and engineers the opportunity to intuitively simulate, analyse and export 3D numerical reservoir analogues to existing reservoir model such as RMS, Jewel Suite, and Petrel. Delft3D-GT will be open source.

What are the advantages of Delft3D subsurface characterization?
1) OPEN-SOURCE: extraction of subsurface properties and geometries from a large and variegate dataset of fluvio-deltaic, high-resolution, 3D numerical analogues, will lead to better prediction of heterogeneity and connectivity in reservoirs.
2) EXPERIMENTAL: the control on the boundary conditions, such as hydrodynamic processes and grain size, will allow testing of hypothesis and quantifying uncertainty on deltaic development by generating and analyzing different scenarios.
3) INTEGRATION: the connection with existing reservoir software enables an optimal integration of numerical analogues in the reservoir characterization workflow.
4) EASY: an intuitive interface, and predefined model setup will enable non-expert to prepare model input and analyze model output.
5) SUPPORT: technical and operational support will be provided for setup and application of the Delft3D GEO-TOOL to specific assets.

As a part of the joint development of Delft3D-GT, Statoil and Deltares agreed to work on the following topics specifically supported by the TKI-subsidy:

The gross planning of the research activities related to the TKI-subsidy was as follows:

The first Delft3D-GT version has been available since the spring of 2017. Deliverables 1 and 2 have been incorporated in this version. Deliverables 3 and 4 have been added to Delft3D-GT in new versions which will also be open source.

Since the completion of version 1 Deltares has offered a support service for companies to apply it to their specific projects. The technical support involves system set-up and helpdesk service. Scientific and operational support is offered to companies for either working or collaborating on specific assets.

Deliverable 1: Establish a link between Delft3D-GT and SAFARI (software)
Rationale

SAFARI is a database containing outcrop information for reservoir modelling (see http://safaridb.com/#/). Currently, the database consists of outcrop, seismic and modern data. Synthetic data of geological realizations based on process based (Delft3D) simulations is currently lacking in this database. It is believed that adding output of Delft3D-GT to the SARARI database will result in added value for the geologists in the oil and gas industry. Therefore, a link needs to be established between Delft3D-GT and SAFARI.

As a first step the output of Delft3D-GT will be exported to the SAFAR database (labelled as “synthetic data”). This will be a one way coupling. Hence, Delft3D-GT output can be exported to SAFARI, but not the other way around. The SAFARI export format and the geological quantities to be stored in the database need to be provided by the SAFARI developers (Uni Research Centre for Integrated Petroleum Research - CIPRand University of Aberdeen – UoA). Furthermore, a protocol needs to be developed for uploading/updating Delft3D-GT output in SAFARI.

After in depth investigation of the data on the Safaridb.com database it became clear that the method in which geological data is classified, and for which SAFARI has developed a global standard, is very different from the type of data produced by Delft3D. To enable interaction between these data types, extensive work was undertaken to classify the output from Delft3D process-based realisations into architectural elements. This classifications also allowed us to undertake a truly novel investigation of the overall sediment composition of such an element – a type of study which will not have been possible with existing techniques. The results from the architectural element classification study was finally published in the open access journal paper “Grain size fractionation by process‐driven sorting in sandy to muddy deltas” (van der Vegt et. al., 2020, The Depositional Record, https://doi.org/10.1002/dep2.85). The paper also includes an open access dataset of all the example model input, output data as well as the post-processed results.

In the present design of Delft3D-GT output visualization will be limited to 2DH or 2DV. A simple 3D web viewer would be of great help to geological engineers to inspect the “complete picture” of the subsurface. This viewer is intended for first assessments/inspections of Delft3D-GT output only. For detailed 3D geological inspections the oil and gas industry already has several stand-alone applications available. The 3D viewer still has to be developed from scratch. In a later stage this viewer can potentially be linked to SAFARI as well (not scope of this work plan).

The 3D web viewer will focus on 3D visualization of the subsurface (e.g. sediment properties), which is changing in time. Furthermore, the viewer should allow the user to inspect 2DV cross-sectional slice of the subsurface in time. As a first step an inventory of the user requirements will be made. Subsequently, the viewer will be implemented step-by-step with involvement of Statoil staff to check whether the functionality meets the end-user needs. The development of the viewer is subcontracted to the SAFARI developers (CIPR and UoA). The viewer will be integrated in Delft3D-GT at the end of 2016.

The 3D web-viewer was developed and implemented into the Delft3D-GT. Open source code is available at (https://github.com/openearth/delft3d-gt-ui/tree/develop/3dviewer)

Deliverable 3: Investigate the integration of Delft3D-FM into Delft3D-GT (report and software)
Rationale

As a first step the Delft3D-GT model templates will be converted to Delft3D-FM models. Subsequently, the geological realizations obtained from the Delft3D-FM models will be compared to the results from Delft3D (V4; the latest structured grid model version). Based on this comparison, further analysis and bug fixing may be required. This will result in a short report. When the Delft3D-FM is considered to be an appropriate replacement for the Delft3D 4 computational core, it will be integrated into Delft3D-GT. This mainly requires updating of the pre- and post-processing scripts of Delft3D-GT to align it with the in- and output files of Delft3D-FM. No major changes in the General User Interface of Delft3D-GT are expected

Morphological results differed greatly between Delft3D4 and Delft3D-FM(version 6.02.13.7545), even when the input conditions were kept as similar as possible. Testing included over 50 simulation configuration, ranging from simple to very complex The results indicate that the current development stage of Delft3D-FM is not yet sufficient for inclusion into Delft3D-GT We recommend that the test be repeated after further development of Delft3D-FM, to reassess feasibility as many of the planned development could resolve the current discrepancies. A full report is available via this link: TKI_Del023_report_deliverable3.pdf

Deliverable 4: Investigate the implementation of a consolidation module in Delft3D-GT (report and software)
Rationale

An implemented consolidation model that is suitable for geological models was not implements in Delft3D4 in time for this study. It is a complex task has since been taken up as a PhD project outside of this TKI project. Within the TKI project we have replaced this investigation by a feasibility study for simulating another important depositional environment: Turbidity Currents. The outcome of this investigation MSc thesis entitled “2DV numerical simulations of turbidites in ponded basins: Insights from depositional patterns” by Jolien Ooms, University of Utrecht (https://dspace.library.uu.nl/handle/1874/359214). 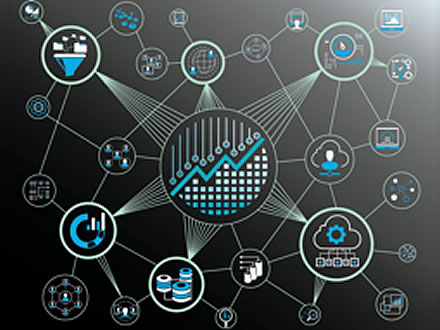